The number of coworking spaces exceeds hundred in some cities

With time, coworking is growing as the global mega-trend ones expected it would once become.

In some cities, in 2014, the coworking population exceeds a hundred. And far from slowing down, the unfolding of the coworking landscape seems to be accelerating. In some metropoles, coworking is covering the whole urban map.

Have a look at some of those megapoles. We could have added many more examples. 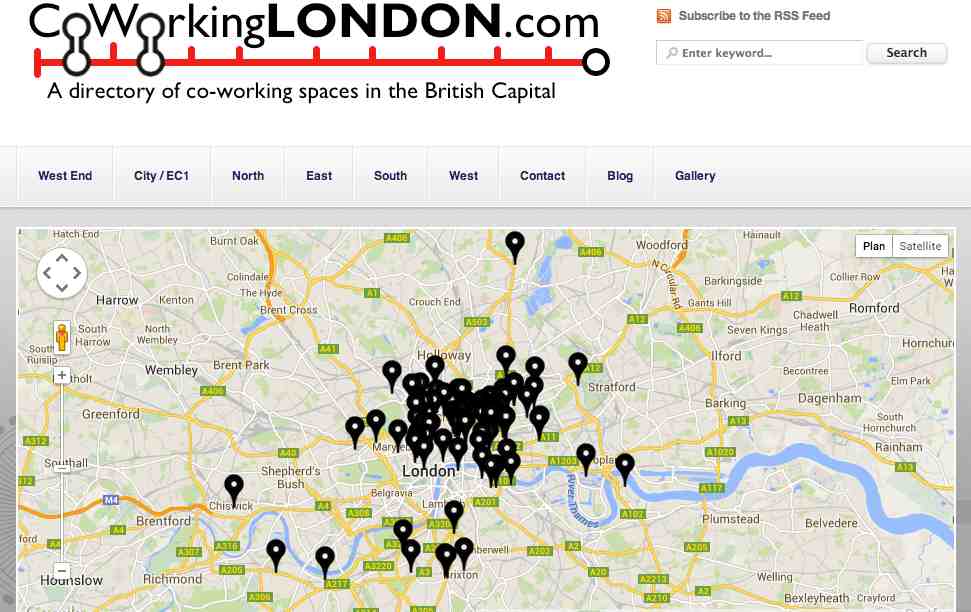 According to La Fonderie-IDF, the organizing partner of the Coworking Europe conference in 2012, 66 coworking spaces are in operation, nowadays, in the French capital city. The digital agency of Paris-Ile de France is confident that Paris will soon be in a position to claim more than 100 operating coworking spaces. 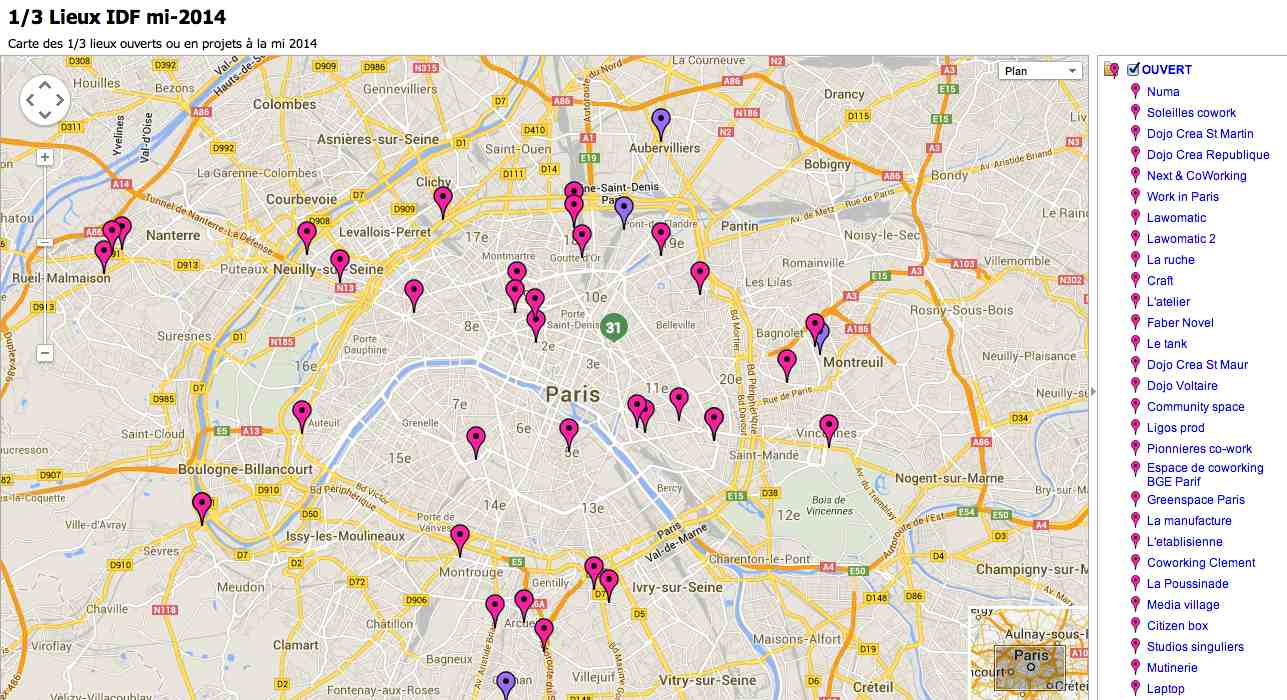 One of the bedrock of Coworking in Europe, Berlin has seen coworking spaces blossoming everywhere in the city. Dozens are now open and running, confirms Projektzukunft Berlin. 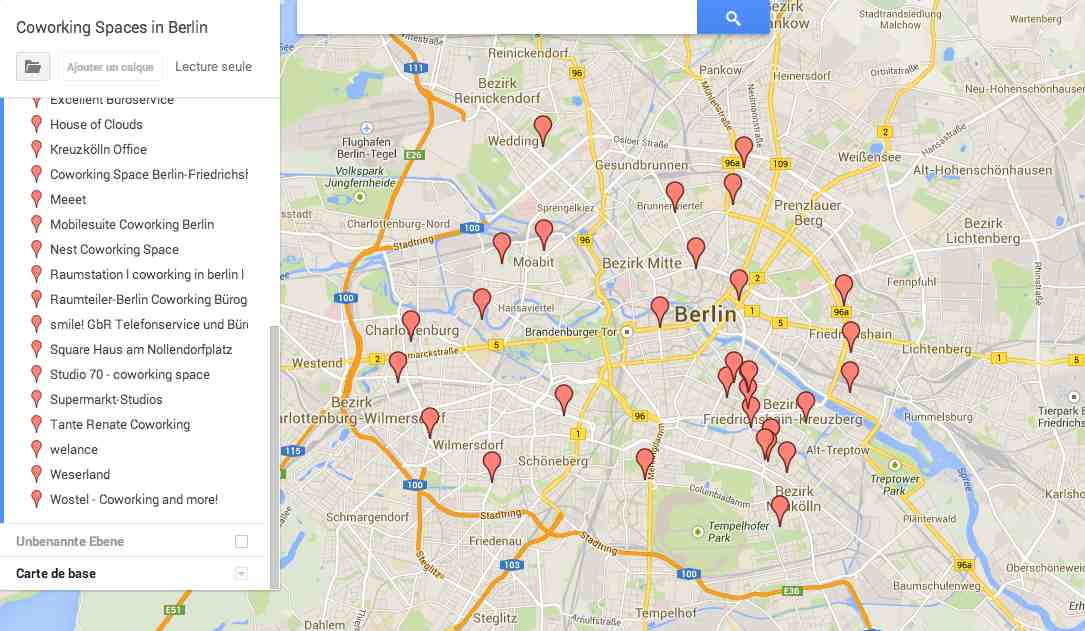 Spain being the number 1 coworking country in Europe, it’s no accident that Barcelona is nowadays the metropole with the highest coworking spaces density in the world. A big deal of the more than 100 spaces Barcelona has now pop on this map produced by Coworking Spain. 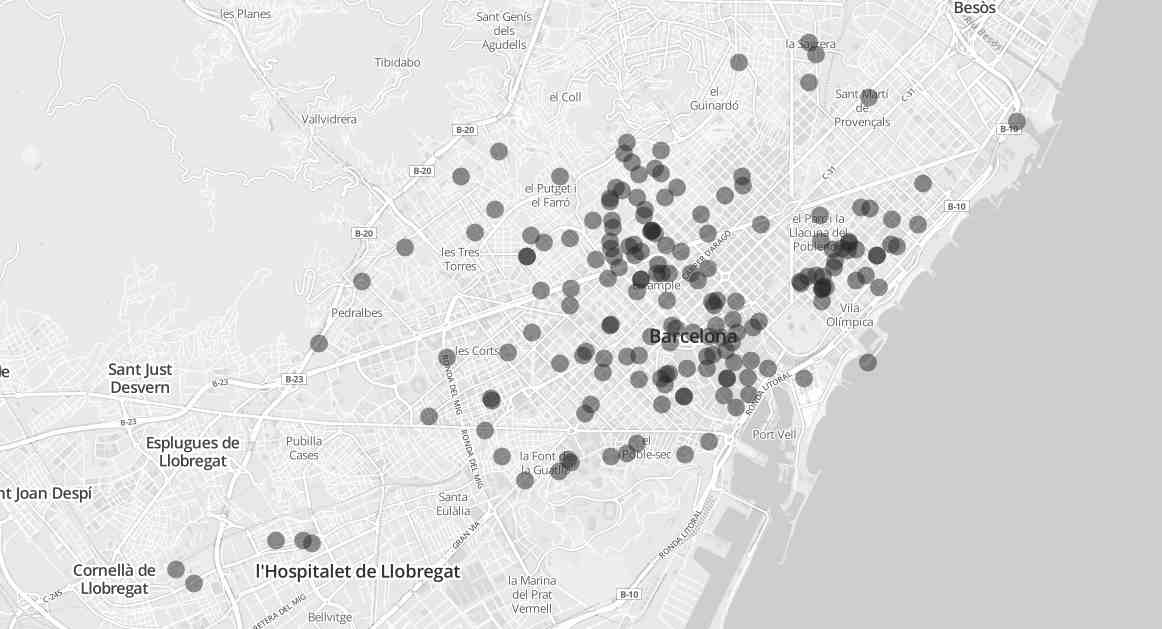 As for Barcelona, Madrid seems to be experiencing a coworking boom which should have, no doubt, an impact on the unfolding entrepreneurial and creative energy of the city (source of the map : Coworking Spain).

Outside Europe, New York City is obviously another unmissable world coworking hotspot. According to WNYC, dozens of coworking spaces are in operation all across the megapole. Behind those walls, the future of the 21st century digital/sustainable/distributed economy is taking shape. 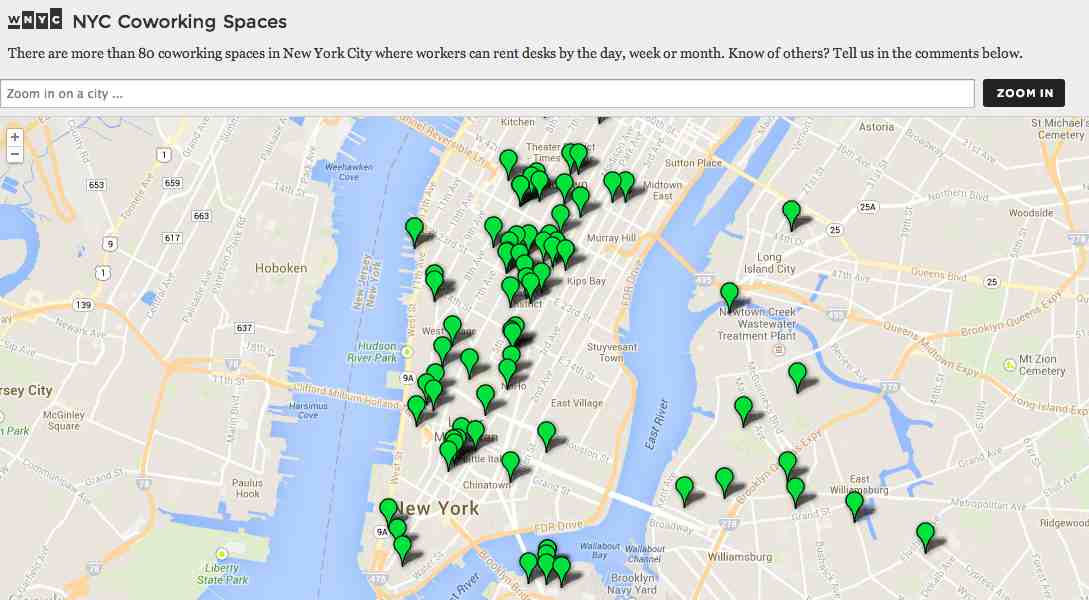